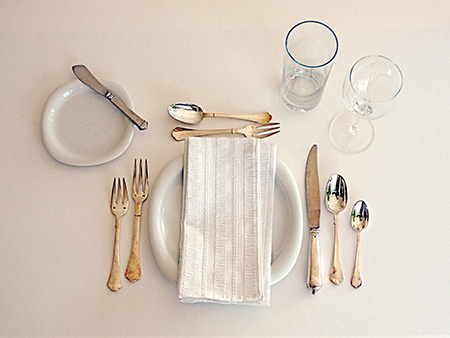 Mrs. Newcomer chided Mr. Newcomer for not eating his soup lest it got cold. So, he had stopped his family chronicles to grab a few spoonfuls of soup. All the dinner participants were concentrating on their soup bowls, while I looked into what I considered the most alluring brown eyes of this century.

I really couldn’t discern why Daphne was smiling so slyly. I looked at her intently for a few moments, searching for some explanation for her facial expression. This ultimately made her feel uncomfortable, so she shifted her gaze to her father, expecting him to continue his saga.

Mr. Newcomer looked up with the intent of continuing his story, but Mrs. Newcomer decreed, “Horus, I think you have given a quite adequate description of our family history to our guests.”

Then, turning to me, she asked, “Why don’t we discuss what Mr. Hager was doing on the River Road that led to the rescue of our daughter?”

All eyes at the table abruptly turned toward me.  Ahab, as well as the black lady, stopped their serving functions and were looking at me with great interest.

I had told the extent of the cavalry escapade when I had arrived, but this was a more personal in-depth question. I didn’t think this was the type of query that was usually asked of dinner guests, so I knew something was going on that I didn’t understand.

Since I was taken completely by surprise, I didn’t have time to compose a good fabrication, so I told the truth.

“Well, Mrs. Newcomer, I have just been employed to be the Day School Teacher in Shepherdstown this fall, and I was just researching the battles and campaigns that have taken place so far during the War here in the east. I thought some of the students might want to discuss what has happened in regard to the history of our New Country.”

I could see that this was going to get down to the nitty-gritty before long. I was being interrogated about my lineage to determine whether I was, either, good enough to be considered a friend of the family, or a fit husband for Miss Daphne Jane Newcomer.

I was sure it wasn’t the latter.

For some reason, I looked at Mosby. He was biting his lip and trying not to laugh out loud.  Apparently he had been through this charade before.

I smiled broadly, and thinking fast, began my family saga.