I startled Caleb when I jumped back, which made him jump back and stammer, “What?”

I pointed at the dead man with the white streak in his hair and asked, “Don’t you know who that is?”

He just shook his head and said, “No.”

He shifted his gaze to the dead man and then with a skeptical look at me, interrogated, “Are you sure?”

“Yes. He and his brother tried to jump me in Harpers Ferry night before last.”

“Because of the white streak in his hair. And I bet the other man is his brother Seaborne, but I can’t be for sure because he was behind me when they accosted me,” I explained.

“Well, don’t that beat all? You done kilt Jones Gill and his brother.

“Getting rid of them will make a lot of people feel safer. I wonder if there’s any reward. I bet you’re going to be a rich man!” he exclaimed with a bit of glee in his voice.

I just shook my head and muttered, “Two down and one to go.”

Caleb looked at me quizzically, but didn’t ask the reason for my utterance.

We got Sampson hooked up to a wagon to transport Joshua and the bodies of the Gills to Harpers Ferry. I thought this was definitely a bad way to utilize such gallant horseflesh, but Beau was too light to pull the wagon, and the Throckmorton’s other horses and mules were in a pasture. It would take too long to round them up.

Caleb and I put Joshua in the bed of the wagon with his head in lap of his mother, who had constructed a pallet for him on one side of the wagon. We piled the Gill’s bodies on the other side, tied Beau to the back of the wagon, and began our trek to the doctor’s office in Harpers Ferry.

It took about three hours to make it to the doc’s office, but by the time we got to the outskirts of town, people who saw the bodies were asking what had happened.

I let Caleb tell all the particulars of their incarceration and rescue. 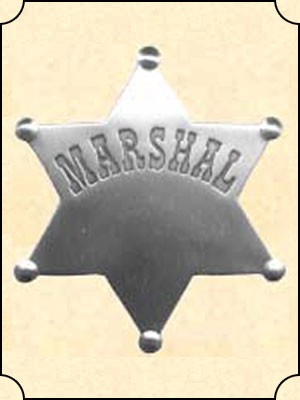 People began asking me what my name was and where I was from. I finally just pulled my hat down low over my face and said I needed to talk with the marshal before giving out any information.

Vernon has been a Civil War buff since childhood, but had been inactive in Civil War history for over two decades. However, in the early 1990s his interest was rekindled after watching Ken Burns’ “Civil War Documentary” on PBS. He particularly became interested in the Battle of Antietam (Sharpsburg) and decided to learn more about this epic struggle.
View all posts by Civil War Reflections →
This entry was posted in Time Travel and tagged civil war, Harper’s Ferry, Marshal, time travel. Bookmark the permalink.