Marshal Wells sputtered, “No. Nothing is wrong.”

I came right to the point. “You were seen with the raider we killed a day before the raid, and now you let the Yankee prisoners that were in your charge get the jump on you. You don’t seem to have too stellar a job achievement pattern.”

The marshal turned red in the face and stammered, “Why, you little pipsqueak. I’ll turn you inside and out.”

His big hands balled into fists as he stalked toward me. I waited until he got within four feet of me. Then, in one fast move, I pulled my Colt from my belt, cocked it, pointed it right at the marshal’s nose and said, “I think we will hold you for the disposition of the Confederate Cavalry when they arrive.”

All the fight went out of the marshal and he guiltily lowered his head.

I said to Mr. Black, Jonah and Jeremy, “How about y’all tying him up, taking him to the telegraph office, and sending a message to Harpers Ferry to see when the cavalry will arrive.”

I smiled as I added, “I don’t trust him in anyone’s care but you three and Mr. Throckmorton. If anyone tries to free him, shoot the marshal first and then the accomplice.”

This brought raised eyebrows from everyone.

The marshal started to protest, “You can’t do that.”

I turned to Jonah.

Jonah grinned and went to work on the supposed lawman.

I turned to Mr. Throckmorton and stated, “We need to talk.”

He nodded in the affirmative and we proceeded to the bank. Once in his office, we sat down and Mr. Throckmorton said, “Mr. Hager, you have certainly taken control of the several situations that have threatened this community and the local area and brought them to satisfactory conclusions. I would like to get you appointed as our new marshal.” 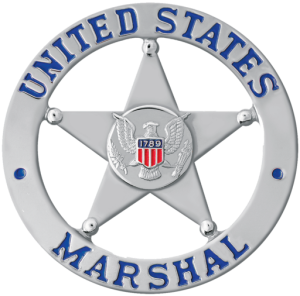 I was speechless, which is saying a lot for me, but finally recovered and answered, “Mr. Throckmorton, I appreciate your approval of my actions and the offer, but I‘m not marshal material. Besides, I think the people of the area should vote on who they want to be their lawman. However, I will always be available to help my community in any way I can.”

Mr. Throckmorton sighed and uttered, “Such a pity that you can’t see your way to be our protector. Anyway, Marshal Wells is originally from the mountains of Northwestern Virginia.”

I raised my hand to stop the flow of information and asked, “He wouldn’t be kin to the Gill Family, would he?”