I dismounted, along with Mosby and his courtiers, as the night was just giving way to what appeared to be a bright morning without a cloud in the sky.

We sat down by the roadside in some grass and in the shelter of a thick stand of hardwoods.  Horses snored and leisurely shifted from one leg to another. They wiggled their skin and lashed their tails like whips to rid themselves of horse flies. 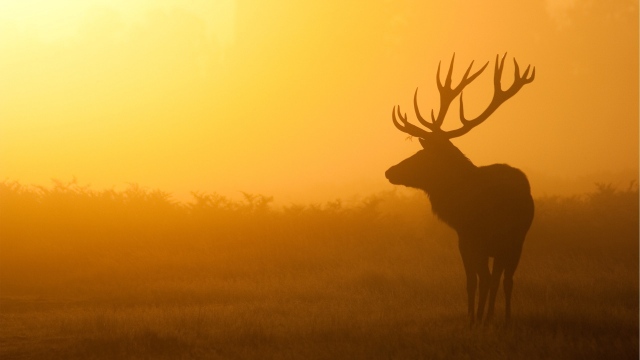 Birds began their early morning songs.  Butterflies and bees began their flights to visit the fall flowers.  Owls were heard to make their last plaintive cries before seeking their daytime shelters.

We all dozed off for 15 to 20 minutes of restful oblivion.

Mosby stirred and shook one of his courtiers who came awake with a grunt.  Mosby dispatched the rider to have the doctor and his attendants take up their positions north of Gapland. The rest of the group headed south of Gapland.

In a few moments, we heard the horses canter off carrying the different parties to play their roles in diverting the Yank column.

Mosby shook one more courtier awake and told him to go up toward Crampton’s Gap until he had a good view of the valley. When the Yank column came into view, he was to observe where the cavalry, infantry, artillery and supply wagons were positioned in the cavalcade and the number of each contingent. Once he had that information, he was to report his findings to Mosby. The courtier mounted and started his struggling horse up the steep grade at a walk.

Mosby, not seeming to have a care in the world, grinned at me, laid back down by the roadside, put his hat over his face and went sound asleep.

I just shook my head and tried to do the same, but to no avail. I was worrying about everything I had no control over. Finally, I sat up, crossed my legs Indian- style, closed my eyes and concentrated on my breathing. It was hard to eradicate all other thoughts from my mind, but I was successful. After what seemed like a few moments, I opened my eyes. The sun was up. I checked my watch. It was 7:00 AM.  I must had meditated for a longer period than I thought.

Above us, we heard the movement of a horse’s arrested steps trying to keep from slipping down the hill.  In a few moments the courtier from up the mountain reported that the Yankee column could be seen about five miles to the north on the Pleasant Valley Pike.

Mosby asked him, “Did you see where their artillery was positioned in their column?”

“Tarnation,” was Mosby’s exasperated reply. After a moment of dwelling on the implications of this development, Mosby asked, “Well, what were tha dispositions of their cavalry, infantry and supply wagons?”

“Sir, tha supply wagons are in tha rear of tha column as usual, but their cavalry haven’t sent forward any scouts. They do have flankers, but no advance parties. There are about three companies of cavalry leading tha column followed by three regiments of infantry.”