The road to the gap wasn’t very wide, and the Yank cavalry that took it running down were heading straight into the Yankee Infantry coming up. 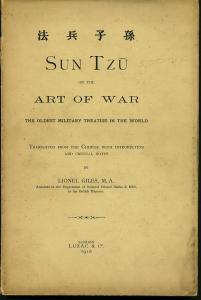 One of the tenets of Sun Tzu in his epic book “Art of War” is not to interfere when your enemy is making a mistake. I thought that it would be great if we were to add a dimension to the mistake that the Yanks were making when I suggested the cannon fire into the trees and rolling fussed solid shot down the road.

Vaguely I remember during some of my other universe TV viewing days that there was a show that the main character always said, “I love it when a plan comes together.”

Well our plan worked, and the mess it made just did my heart good. The Yank cavalry tried to slow down their skedaddle, and they did so to some degree. They only ran into the first four files of their infantry before they got stopped.  What ensued was a madhouse of horses rearing, men cussing, infantry men taking to the woods on both sides of the road to dodge the cavalry, and hurt men crawling off the road trying to find some kind of safety.

I looked at Mosby and the artillery sergeant. They were watching the melee with amazement at the ineptitude of the enemy.  Our troopers were giving the Rebel Yell and laughing their heads off.

Suddenly, our cannon sent exploding shells in overhead arcs to land near the clogged road. The results were not to be believed. Union cavalry and infantry broke and headed down the mountain side like stampeding cattle.  I bet some of them didn’t stop until they got back to Boonsboro. Our artillery didn’t even have to roll fussed solid shot down the steep incline.

Mosby turned and motioned me over.  I quickly joined him.

He said, “Get with each company and find out who is in command and how many men are still with us. I’m gonna get this herah gaggle off tha mountain and bed down in Burkittsville on tha east side of tha mountain for the night. I’m gonna leave Quantrill as our rear guard. We gotta make that rendezvous with General Ashby or we’ll get left behind. And I don’t want to be meandering b’twixt herah and Frederick City on our own.”

“I’ll see you in Burkittsville later on,” I said as I saluted, and he returned my salute.

I started walking toward our herd of horses as Mosby’s began yelling for each company to form up, get mounted, get into line and be prepared to move out.

I finally found Stonewall in the middle of the herd of our horses.  He was a smart soldier. While other horses were skittish and constantly moving, he had settled down into his meditation stupor and was resting.  I actually had to rub his forehead to get him to wake up.  He begrudgingly opened his eyes with that ‘give me five more minutes’ look.

I laughed and said, “Sorry, but we got’s ta move.”

He snorted his distain and came fully awake.  I took his reins from the trooper that was in charge of his foursome and mounted.

Men were leading horses toward their companies, while the artillery was being hooked up to the teams of horses.  I thought it better to wait at the bottom of the mountain to tally our numbers.  As I slowly rode down the mountain side, I was at once reminded of how steep this road was. Although it followed the contour of the mountain going down instead of going straight down, it was still a very precipitous decline. I just hoped Mosby let the artillery go down first in case they needed more help than just the additional teams of horses.