Daphne stood up from my embrace and stammered, “Uncle Jamison, I wasn’t expecting ya for another two days.”

Looking reproachfully at Daphne he blustered, “Apparently not.”

Turning his censorious gaze on me, he bellowed, “Sir, who might you be?”

The man’s eyebrows arched so high I thought they would touch the beginning of his hairline. In an exasperated voice he croaked, “Oh yes, I’ve definitely heard of you. My brother has filled me on yar exploits both at his home, at my sister’s home and with Major Mosby. Ya have put all of our family in jeopardy on more than one occasion.  We don’t need the likes of ya in Virginia. Ya will kindly vacate my home at once.” 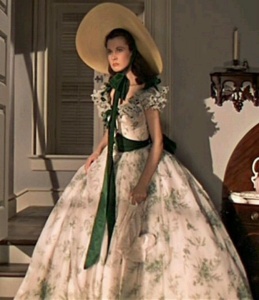 Daphne stomped her foot and cried, “Ya will not address a deliverer of me, my aunt and her household from the clutches of the Yankees, plus renderer of  courageous service for the Confederate cause in such an abusive manner. He has just returned from a very dangerous and successful campaign, which Major Mosby informed me couldn’t have been achieved without his able assistance. I was told by Major Mosby himself that Jim will be promoted to the rank of captain for the great service he provided.”

Two things occurred simultaneously. One; I jerked my head in Daphne’s direction,  and I swear, my mouth gaped open so wide that my lower jaw hit my chest. And two; Uncle Jamison’s eyeballs almost bulged out of their sockets.

“Don’t you talk to me like that young lady,” he roared.

If Uncle Jamison thought his would cower Daphne Jane Newcomer, he was totally mistake.

Bending over from the waist with a snarl, clinched fists and the scrunched-up face of a demon, Daphne advanced on her uncle with such malevolence that the man actually took two steps backwards.  I definitely learned one aspect of my Beloved’s character that day.  Apparently Daphne had a penchant for violence if pushed too far.  I made a note to never, ever get her really mad.

Uncle Jamison quickly brought up his hands in front of his chest as if to ward off an attack. “Well, now, maybe I was a little too hasty,” he uttered as he sidled back another step. “But you never should conduct yourself in such an improper manner in which I discovered you today,” he returned, trying to gain some semblance of righteousness for his previous utterance.

If possible, Daphne looked even more horrible when she declared through gritted teeth, “I will act any way I desire with my husband to be.”

Again, two things happened at once. One; my eyebrows arched so high that I thought they touched my hairline. And two; Uncle Jamison’s jaw gaped open so wide that it almost hit his chest.

Then Daphne straightened, while still facing her uncle, and fired the killer volley of her assault. “Major Mosby sent for me, once he had returned to Harpers Ferry, and asked me to take care of Lieutenant Hager, who was wounded when a Yankee saber blow to the back of his head befell him while leading a flanking attach on the enemy’s cavalry. I will not abandon such a brave officer and my future husband. As soon as we can gather our possessions together, we will be leaving, and you can rest assured, that my father and the proper Confederate authorities will hear of this.”

Uncle Jamison was so devastated and deflated from his niece’s onslaught that he staggered to a chair and sat down.  He took out a handkerchief from a vest pocket and wiped the sweat from his brown, while looking at the floor.  A moment later he looked at Daphne and conceded, “Okay, you can stay, but please conduct yourselves in a proper manner within the bounds of responsible courtship in the future.”

Daphne just continued to stare at him with an eagle-eyed stern gaze until the man threw up his hands and left the room.

I turned to stare with a newfound sense of respect and awe at this beautiful young woman, who imbued both the personification of the Goddess of War and the Goddess of Love in one small frame.

She let out a triumphant huff, and coming back to my bed, said, “Well, I guess we have a place to stay for a few more days.”

All I could do was gawk at this female Stonewall Jackson and nod my assent.