I looked at Hattie, who had a grim expression on her face.

“Yeah,” she said.  As all the eyes at the table shifted to her, she added, “Must be tha rifleman what won tha shooting prize many years ago over in Maryland.”

“And probably tha sniper that killed Marshall Wells on German Street a few months ago,” I suggested.

“What does that mean?” Mrs. Douglas said in a breathless voice.

“It means that we could be shot from ambush anywhere on tha road and never know what hit us,” I explained.

“This nefarious stranger’s presence changes things,” I stated. Getting everyone’s attention, I continued, “We have to find a way to trick this assassin because I know that he will be waiting on us between Harpers Ferry and Shepherdstown. His presence at our wedding reception indicates that he was checking out a few things.”

“How many of us would be returning to Shepherdstown for one thing,” I discerned. “Also, how strong our family ties were, for another,” I added. “But the one thing he doesn’t know is by which road we will be traveling. He will have to be observing us when we leave this morning to get that information,” I insinuated.

“I understand what ya said except for family ties. What did ya mean by that?” Daphne inquired.

I turned to face her and answered, “Well, he found out there is some type of family division in tha Newcomer family. The full weight of the family power would not fall on anyone if you, Mrs. Douglas or I were killed.”

This seemed to shock Daphne. She looked stricken with worry and fear. Since she was sitting next to me, I took her hand in mine. She grabbed my hand in both of hers and gave me a terrified look.

I whispered, “Liebchen, don’t worry. I’ll get ‘im before he gets us.” 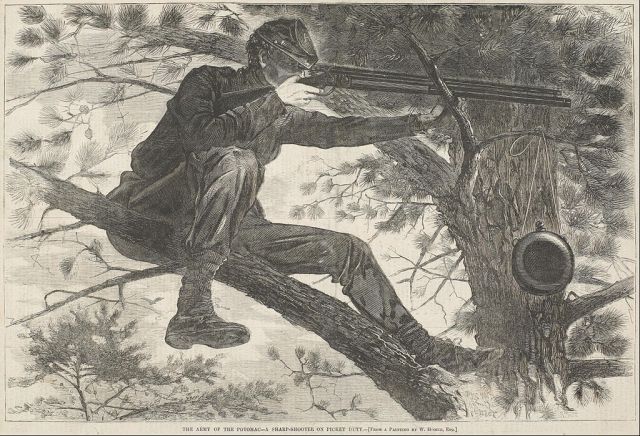 Smiling brightly, I replied with more optimism than I really felt, “By thinking like he does and creating a plan to thwart any response on his part.”

This placated her somewhat. At least she got some color back into her features, and she didn’t look like she’d seen a ghost.

“I know one thing that I’m gonna do from now on,” I declared.

“I’m gonna listen more intently to ya ladies when ya are having one of y’all’s discussions. It was just by chance that I picked up on yar very important information,” I vowed.

This brought a lighter mood to the gathering. No one laughed, but the cloud of dread seemed to lift a bit.

Looking at John Lee, I stated, “I guess we better do some reconnoitering.”

He nodded his agreement.

Turning to the ladies, I suggested, “Why don’t ya ladies retire to Mrs. Douglas and Hattie’s room and wait on us?”

They all looked at each other with a glance that transmitted a barrage of information that our gender could never decode and reached a telekinetic agreement, which prompted Daphne to say, “Okay.”

My eyes bore into Daphne’s, which made her focus solely on me. Once I had her full attention, I asked, “Do ya still have yar pistol, and are ya prepared to use it?”

She gaped at me in surprise for a moment and then began to understand what I was doing. I was bestowing on her the responsibility of protecting the ladies until I returned, and she would need to be alert and ready to mete out a deadly defense if need be. Slowly, she dug deep to resurrect that iron will of hers, and as she did, she sat up straighter and composed herself.

When the transformation was complete, she declared grimly, “Yes, I’m ready.”