This is the last installment of my serial story, but not the end of the road for Jim and Daphne.

The further adventures of Jim Hagar and Daphne Newcomer will continue in a new book, Assassins of History: Creators of Chaos, which will be published later this year.

It’s the second book in my Assassins of History series.  You can get the first book here.

I want to thank you for following my blog and Facebook page.

We really appreciate your support. 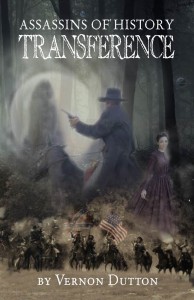